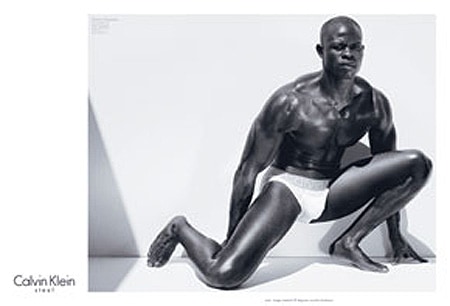 Sorry for the poor quality of the shots, but here are two images from the brand new Calvin Klein Steel underwear campaign with Djimon Hounsou that I posted about in February. 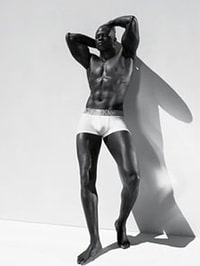 Hounsou, who reportedly “worked out for months to get ripped for the role,” told the NY Post: “I regularly watch how much, when and what I eat. It really becomes a daily journey. You just have to do it – get up, eat something, go to the gym – so you can burn as much as you can and look lean. It’s pretty challenging.”

In February, Fashion Week Daily reported, “The Fall 2007 campaign, which will be shot in late March or early April, will appear internationally in more than 20 countries, with print and outdoor media timed to coincide with September 2007 magazine issues. Hounsou is the ninth man to be featured in a Calvin Klein Underwear campaign and the first actor in over a decade.”