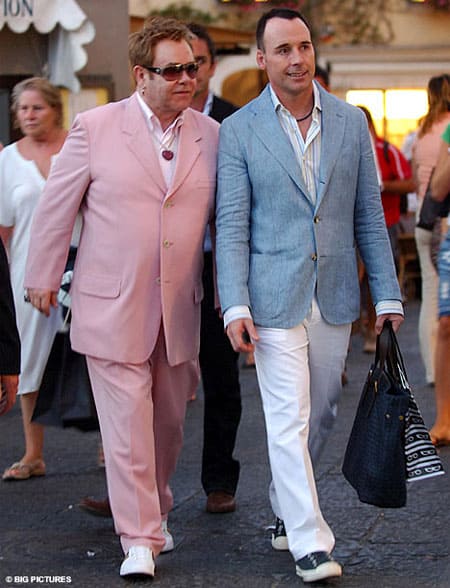 Elton John and David Furnish dress down on vacation in Capri.

Meanwhile, in London, a spokesman from the Elton John Foundation said they were “‘appalled’ to hear about the ‘bigoted and factually incorrect attitudes'” recently expressed by the Nepalese government, who put a halt to a program funded partially by the Foundation which sought to provide HIV/AIDS prevention and support in a far west region of the country.

Said EJF executive director Robert Kay: “Men who have sex with men, transgender communities and other sexual minorities are made far more vulnerable to HIV infection when they are forced to live their lives in secret by a society that denies or condemns their existence. BDS is working to inform these communities about HIV/AIDS and their rights and support those who are HIV positive to access appropriate treatment and care services.”

The EJF said it intends to direct its complaints to the appropriate ministries in Nepal.

However, perhaps a visit from the pink man himself could teach them a thing or two. 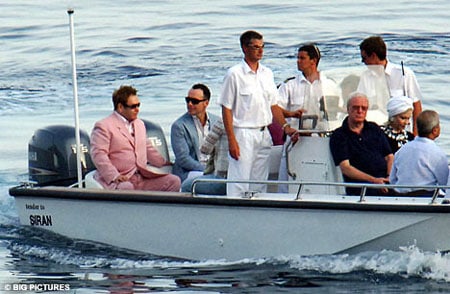