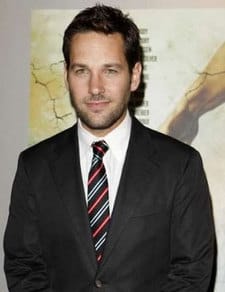 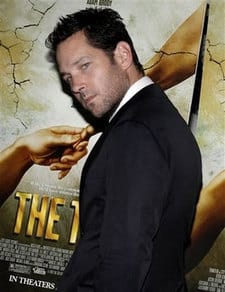 Actor Paul Rudd, who looked snappy at yesterday’s premiere of The Ten in Hollywood, gave an interview to Playboy this month, in which he expressed his desire to go the Full Monty onstage: 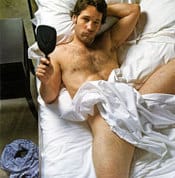 “I’ve often said I’d like to do a play in which I’m totally naked, but each and every time the director and the acst have insisted I put clothes on. A few times I was fired from a production because I did a full-frontal nude scene at the very first performance and they said it was inappropriate. I’ll tell you, the cast of You’re a Good Man, Charlie Brown has regretted it ever since. In all seriousness, I’m pretty carefree about stuff like that. If it were something classy, I’d show the old D&B. And by D&B I mean, of course, “dick and balls.”

Where can we get tickets?