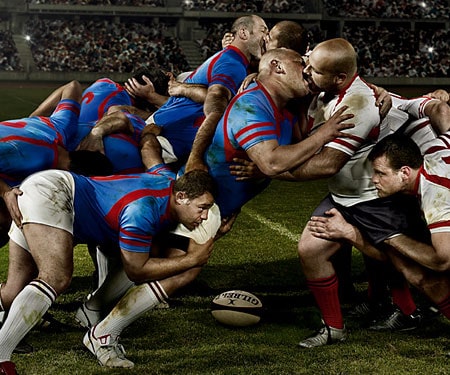 This French tourism ad meant to attract Londoners to Paris sure got my attention. The French tourism site, C’est So Paris, notesd that the “ad uses offbeat wit and the Rugby World Cup to show the world that Paris is also the capital of humour. The Paris region will be hosting several World Cup matches, including the final at the Stade de France.”

I’d say there’s more than offbeat wit going on here, but I like how this game is progressing. (wallpaper) 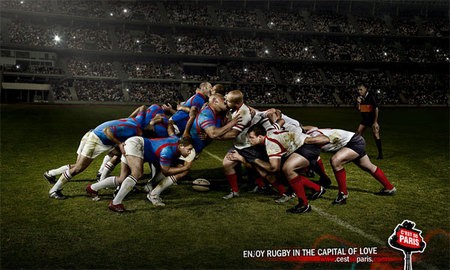