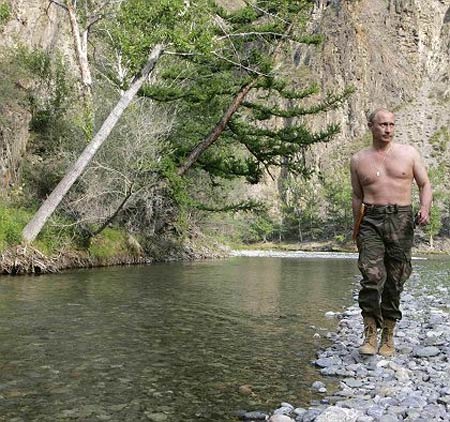 Bush has nothing on Putin when it comes to, uh, beefcake photos. The Russian leader was pictured in various shirtless poses angling for fish in Siberia in a gallery (with no less than 25 shots) released by Germany’s Spiegel magazine. Putin was on a “wilderness Adventure” with Monaco’s Prince Albert II.

Spiegel reports: “Later, Putin and Albert went fishing on the Yenisey River, where the Russian leader stripped to the waist, revealing an impressively-trim torso for a 54-year-old man — and a set of army-style dog tags. The former KGB agent is a keen judo practitioner and holds a 6th-dan black belt in the Japanese martial art.” 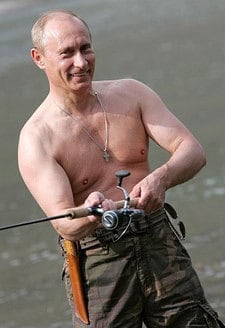 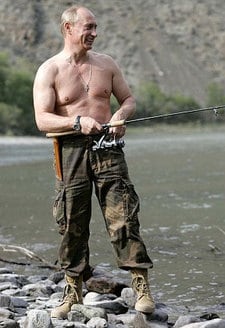 Who knew Putin was such a show-off? The cover of the next Russian Abercrombie catalog, after the jump? 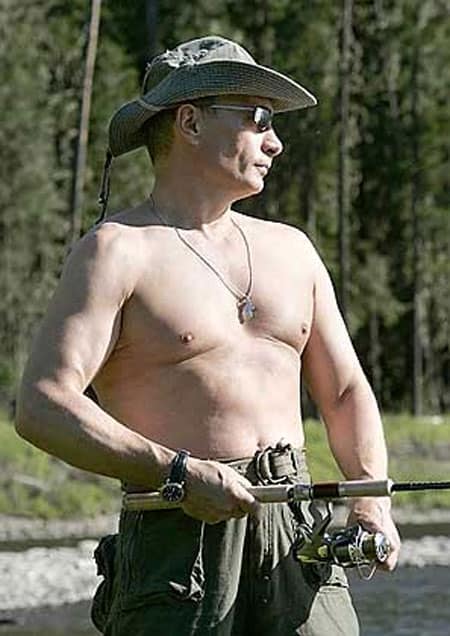