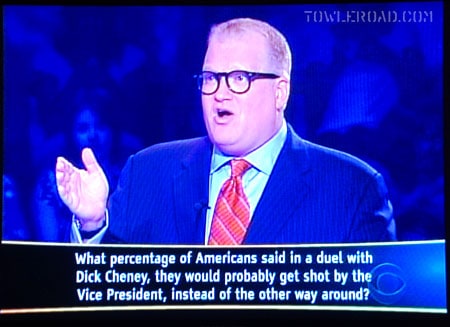 Last night I happened to catch the premiere of Power of 10, the new game show hosted by Drew Carey in which contestants win money by accurately predicting the way a percentage of Americans would answer a given question.

I was impressed by Drew Carey (who will soon be hosting The Price is Right) and was somewhat surprised that the producers would actually go there with this question which, of course, sprang from the vice president’s infamous hunting accident.

The 19-year-old kid playing the game locked in a guess at between 35-55%. Find out the answer after the jump… 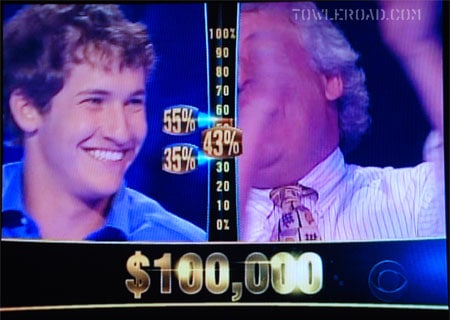 43% of Americans think that Cheney would shoot them first.

The kid won $100,000 for accurately guessing that question, and then went on to win $1 million. I guess they wanted to start the show off with a bang (so to speak) but if they’re giving away money that quickly, Carey noted, “they won’t last until September.”