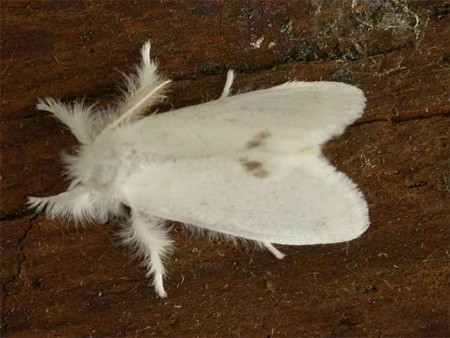 Scientists hoping to halt a population explosion of brown-tailed moths (above) in Yorkshire, UK have come up with a novel solution: 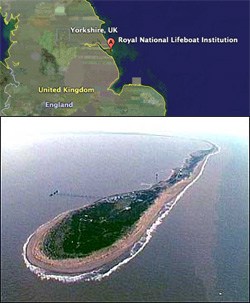 “Scientists are using a powder that spreads female pheromones, the smell of sexual attraction, [that] confuses the male moths, thus slowing the breeding. The powder is left near breeding grounds and, when larvae hatch, they are coated in it. Other male moths are then tempted naturally to make contact with them, believing them to be female. Moths have small brains and dreadful eyesight.”

Men living and working at a Royal National Lifeboat Institute at Spurn Point “were developing rashes and breathing problems from the poisonous hairs of the larvae blown in the wind” because there were so many moths.

The pheremones seem to have worked and have not affected other insects, according to Andrew Gibson of the Yorkshire Wildlife Trust: “They are species-specific and are doing the job.”

The Times Online notes the humanity in their mission: “Many local councils recognise the menace of the brown-tailed moth and will send their pest-control officers to deal with them. Forcing the creatures into civil partnerships, however, is a new way of dealing with their population explosion. It appears more effective than trying to starve their poor.”

*The paper notes “To confuse the issue [the moths] are not brown-tailed at all but, like some of Sir Elton John’s more restrained stage costumes, predominantly white.”

And I must note that the moth does bear a striking resemblance to the gayest crustacean ever.

Previous Post: « GOP “Rising Star” Glenn Murphy Steps Down Over Gay Sex Assault
Next Post: Is Dick Cheney a Better Shot Than You Are? »