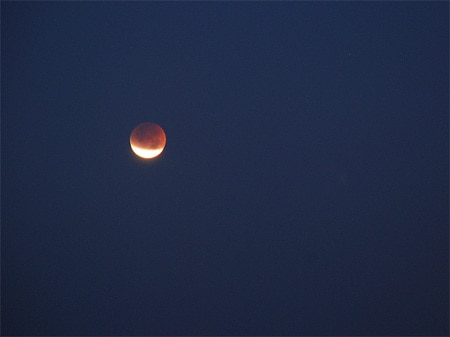 I’m out at the beach and shot these photos around 5 this morning as the moon experienced its second total eclipse of the year. 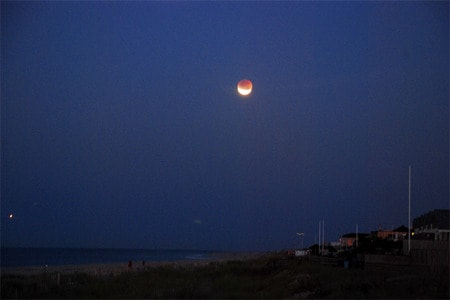 The earth’s shadow began to cover the moon beginning at the top and slowly made its way down at moonset. There was not enough light to capture the moon once it was fully eclipsed, and it was so low to the horizon that there was a bit of haze. 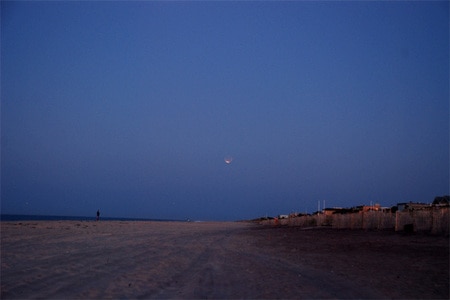 The sun rising at the opposite horizon prevented us from seeing the moon emerge from its eclipse, but that too was beautiful. 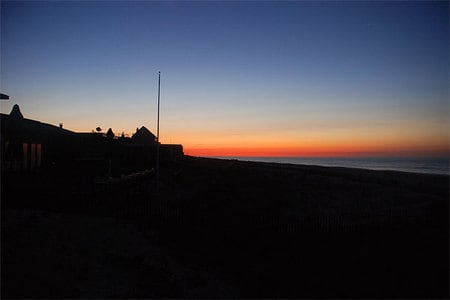