A competition is underway in San Francisco to design a skyscraper that will be part of the Transbay Terminal development, a transportation hub that will provide access to a proposed high-speed rail line linking the city to Los Angeles.

Inhabit notes: “The three proposed skyscraper designs, by SOM, Pelli Clarke Pelli and Richard Roger’s Rogers Stirk Harbour + Partners, are all over 1200 ft (nearly 1/3 higher than the current skyscraper champion in San Francisco, the 853 ft Transamerica Pyramid). All feature large wind turbines on the roof to provide renewable energy for the building.” 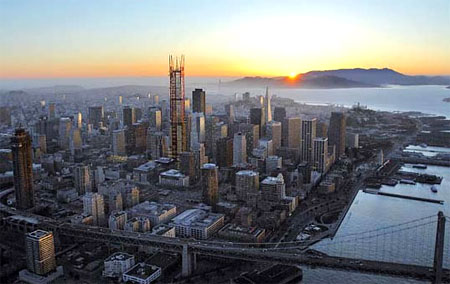 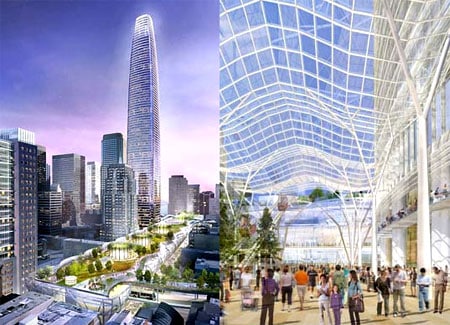 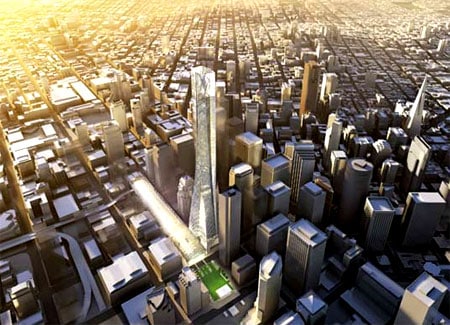 A third from Skidmore, Owings, & Merrill.

Having been in San Francisco during the 1989 Loma Prieta quake, I don’t envy anyone on the top floors of these towers when the “big one” finally decides to hit.

Tallest Skyscraper in San Francisco Will Be Green? [inhabit]

Previous Post: « One of Two Suspects Caught in Hate Crime Killing of Satendar Singh
Next Post: The Goings-On at Genre Magazine »