In early September, rapper Ja Rule made his thoughts known about scheduled Congressional hearings regarding the exploitation of women in hip-hop lyrics by telling Complex magazine that the problem with America is not hip-hop, but homosexuality. 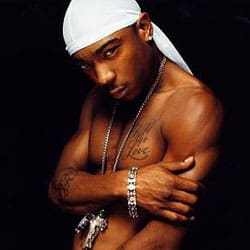 Said Ja Rule: “…lets talk about all these f–king shows that they have on MTV that is promoting homosexuality, that my kids can’t watch this sh-t. Dating shows that’s showing two guys or two girls in mid-afternoon. Let’s talk about s–t like that! If that’s not f–king up America, I don’t know what is….There’s a lot of issues we can address besides hip-hop, but they want to put everything on us like we’re the problem.”

Now, Ja Rule has talked to Spinner and attempted to clarify his position on the issue:

When asked by Spinner if he’s homophobic, Ja Rule responds: “I’m a very avid speaker for all people’s rights and people having their own preference. I was taken out of context. My statement was more about where our mind state is as a people. We’re focused on the wrong things — like, our country is at war right now. These things are more of a problem to me. Like another case I just read about — young ladies being raped by six white men. These are the stories that should be popping up on my TV screen. That’s what I was talking about, and somehow it got spun into some other s—.”

Spinner also asks the rapper what he might do if one of his kids turned out to be gay. Says Ja Rule: “That’s their own preference. I’m going to love them regardless. I have relatives that are homosexuals and, you know, they come over for Christmas, hang out. It’s something that starts with us. That’s why my album is named ‘The Mirror’ — because everybody has to look at themselves and take it upon themselves to educate. It’s my responsibility to educate my children — not the TV. I think a visual is more influential than audio, but that goes without being said. You know, that’s the world we live in and people are tight in the collar about a lot of issues. It is what it is.”

And about gay marriage, the rapper adds, “It’s really not my business. I really could care less. It’s not something that bothers me.”