Early on Saturday a man was attacked by three men on bicycles who followed him shortly after leaving BeBar on Ninth Street near the Convention Center in Northwest, the Washington Post reports. 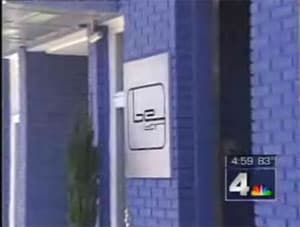 After taunting him with anti-gay slurs, the men threw something at the victim which struck him in the head, causing him to seek treatment for cuts and bruises at the hospital. The victim’s wallet was also reportedly missing after the attack, although police say it’s unclear whether or not it was stolen.

The victim is an employee at the Human Rights Campaign. President Joe Solmonese spoke with NBC4: “He suffered injuries to the back of his head, as well as to his face. He went to the emergency room Saturday night,” he said. “He was taken by ambulance. He had some stitches in the back of his head. He’s bruised in his face. He was given an MRI, checked out internally. He’s back at home and recovering now.”

Several hate crimes that don’t appear to be connected have occurred in Washington recently, according to the WaPo:

“On Sept. 13, a transgender person was thrown through a plate-glass window in the 800 block of Seventh Street NW, police said. Authorities said they arrested a juvenile near the scene of that attack. Early Sept. 9, a man was attacked in the 1400 block of 36th Street NW by two men who made anti-gay remarks, police said.”