Above, highlights from Barney Frank’s press conference yesterday on ENDA.

The conflict between the Democratic legislature’s will to pass a bill that excludes transgender people and the desire of the vast majority of LGBT groups to pass an inclusive bill has spilled into the mainstream media over the past 24 hours. 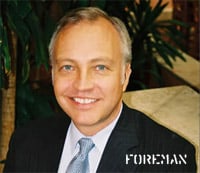 The AP reports: “The debate over including transgender people has sharply divided gay rights activists, many of whom are trying to kill a stripped-down bill without protections for transgender workers that Frank and Democratic leaders hope will win House passage this year.”

Both Frank and the executive director of the National Gay & Lesbian Task Force Matt Foreman have acknowledged that it’s strange for the two groups to be on opposing sides of a progressive issue.

Said Foreman: “We’re not going to be split off this way. We’re driven by principle. No civil rights movement has ever left a part of its community behind – and we’re not about to be the first. I never thought in a million years we would be on the opposite side of Barney Frank and it is painful.”

Frank countered, “Politically, the notion that you don’t do anything until you can do everything is self-defeating. These things take awhile. The transgender issue is of relatively recent vintage. Fighting your friends can sometimes be difficult.”