A 58-year-old man who identifies as a devout Christian was arrested for a “public order offence” and jailed for eight hours before being released without charges after he made homophobic comments toward a public library employee. The man, Joe Fairclough, refused to be served by a gay librarian. The remarks were reportedly the latest in a string of incidents which included a homophobic note he had posted on the library’s bulleting board. 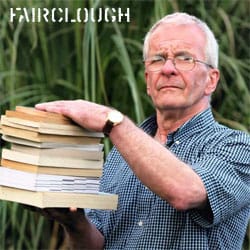 The Manchester Evening News reports: “Trouble flared after a member of staff, who is gay and has been through a civil partnership ceremony, offered to help Mr Fairclough with an inquiry. Mr Fairclough said: ‘I asked him if anyone else could help me, and he asked why. I pointed towards a ring on his finger and said I didn’t approve of two men being married. He then told me I was barred. I went back the next day and two members of staff told me to leave because I had insulted their colleague. I refused. A caretaker came over and eventually the police came. A police constable took me into a square outside the library and I gave him my side of the story, but he did not take notes.’ Mr Fairclough, a semi-retired plumber, went to Leigh Police station to complain about the way he had been treated. But he was arrested after police received complaints about his behaviour. He said he was held eight and a half hours. When he was released at 11.30pm the bus station was shut so he had to walk home to Leigh. He added ‘I am against homosexuality but I don’t wish anyone any harm.'”

Said a spokesman for the library: “We take a serious view of verbal abuse, intimidation or violence against any of our staff. This wasn’t an isolated case and our code of conduct has a variety of sanctions, including banning people from our facilities.”