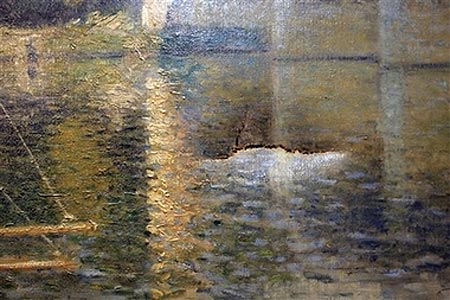 A group of drunk people somehow got into the Musee d’Orsay in Paris and punched a hole through Monet’s “Le Pont d’Argenteuil” over the weekend.

The AP reports: “No arrests were immediately made and there were no signs the group was armed, Albanel told reporters at a news conference. The intruders ‘tried to force other doors’ before succeeding at a back door, ‘even though it had big bolts,’ she said, wondering aloud if the bolts might have been faulty. The painting hung on the ground floor with other Impressionist masterpieces. Albanel said the painting could be restored, but she deplored the damage.”

I’m not a huge Monet fan either, but this seems a bit extreme. 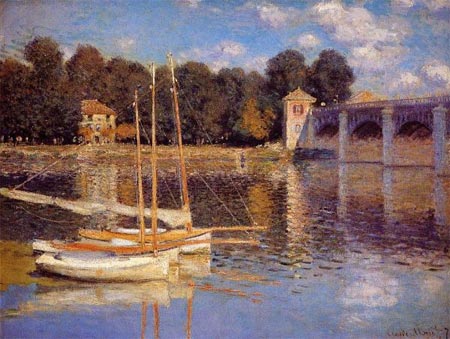