A few spoilers from the upcoming episode after the jump… 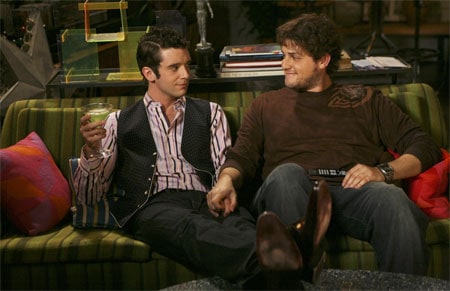 “According to an official description of the ‘A League of Their Own’ episode of ‘Ugly Betty,’ Marc finds himself attracted to someone who isn’t his type, chubby but charming photographer Cliff (David Blue). Justin, on the other hand, finds himself ditching school and running with the wrong crowd, so perhaps his first love may end up being attributed to acting out and is not meant to last.”