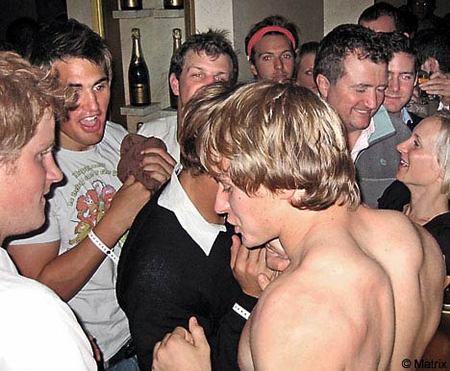 Princes William and Harry partied into the night on Saturday with members of the English rugby team following their rugby world cup defeat by South Africa at the Stade de France. It didn’t appear that Harry was snorting vodka this time, just drinking straight from the bottle. Now word on whether he then went after outside centre Matthew Tait’s nipple, as he seemed to have lost his shirt at some point during the night. 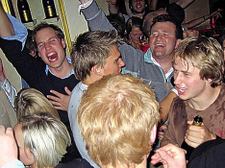 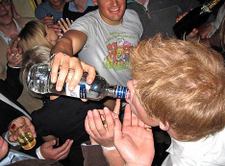