Debate is underway in Singapore regarding Section 377a of the Penal Code, which criminalizes gay sex. Parliament is making the most extensive changes to the Code in over two decades and activists see a window of opportunity to have the discriminatory law changed. 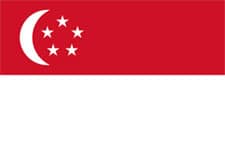 Conservatives don’t seem to be swayed by their arguments, however. Senior Minister of State for Law and Home Affairs, Ho Peng Kee, said that repealing Section 377a is not a message that the government wants to send: “While homosexuals have a place in society… repealing section 377A will be contentious and may send a wrong signal that the government is encouraging and endorsing the homosexual lifestyle as part of our mainstream way of life.”

Organizers of a petition to repeal the ban were optimistic about comments made earlier this year by Singapore’s Prime Minister Lee Kuan Yew who suggested that the government should rake a new look at its approach to homosexuality given compounding evidence that it’s genetic and not a choice.