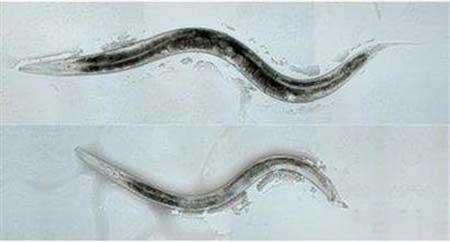 Scientists experimenting on tiny worms called nematodes have found they are able to switch the worms’ sexual orientation by altering a gene in the brain.

Via The Globe and Mail: “The study reinforces the notion that sexual orientation is hard-wired in the brain, said Erik Jorgensen, scientific director of the Brain Institute at the University of Utah. ‘They look like girls, but act and think like boys,’ Utah researcher Jamie White, who worked on the study published in the journal Current Biology, said in a statement. Researchers in Dr. Jorgensen’s lab switched on a gene in female worms that makes the body develop male structures, but they only activated the gene in the brain. As a result, the female worms still had female bodies, but they behaved like males.”

As Dan Savage at SLOG notes, while more proof that sexual orientation is genetic is definitely welcome, the fact that it can be so easily switched may have the wingnuts rejoicing as well.