STUDY: America’s youth rejecting Christianity because of hypocrisy and homophobia. “A new book based on research by the California-based research firm The Barna Group found that church attitudes about people in general and gays in particular are driving a negative image of the Christian faith among people ages 16-29. ‘The Christian community’s ability to take the high road and help to deal with some of the challenges that this (anti-gay) perception represents may be the … defining response of the Christian church in the next decade,’ said David Kinnaman, Barna Group president and author of the book, UnChristian: What a New Generation Really Thinks About Christianity. ‘The anti-homosexual perception has now become sort of the Geiger counter of Christians’ ability to love and work with people.'” 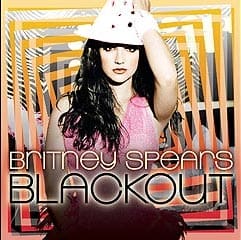 Assessing the disaster that is Britney’s album cover art.

Venezuela looks ready to outlaw discrimination based on sexual orientation.

Three people in Cheney’s office reportedly tried to silence MSNBC’s Chris Matthews: “I thought on the 10th anniversary it would be good to celebrate the First Amendment, which gives us all our living. We reviewed in brief the remarkable experience of covering the Clinton [scandal] and the defense of the war with Iraq. And the difference in these two cases was that although I was extremely tough on Clinton, there was never any attempt to silence me — whereas there was a concerted effort by [Vice President Cheney’s office] to silence me. It came in the form of three different people calling trying to quiet me.”

British university student expelled for leaving homophobic comments in a group on Facebook.

STUDY: 16,000 couples wed in first year of UK civil partnerships. “London was the area with the highest number of ceremonies, about 4,000, followed by the South-East, which accounted for about 2,700. Today’s report also reveals that 10 per cent of the men and almost a quarter of the women involved in a gay wedding were previously married-The average age for males registering a same-sex partnership was 47 and for females nearly 44. The average age gap between partners was eight years for men and six years for women.” 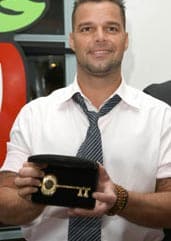 Ricky Martin receives key to the city of Miami.

Tennessee attorney general Bob Cooper releases opinon to judge saying that the state’s constitution presents no barrier to same-sex couples who want to adopt: “In it, Cooper wrote that, under the state constitution, same-sex couples should be eligible to adopt children as long as the court finds the placement to be in the child’s best interest. Cooper found the constitution doesn’t mention adoption, meaning the process is governed solely by statutes. Tennessee law doesn’t require people petitioning for adoption to be married.”

This is a particularly hypnotizing optical illusion.