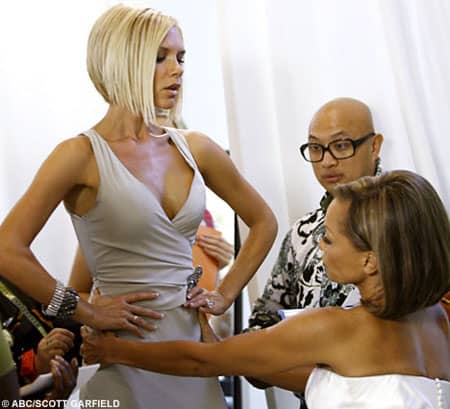 According to Buddy TV: “She was particular about not launching herself as an actress because she is aware that she isn’t one. That’s why she wants to play herself, so she doesn’t have to act.”

The Daily Mail reports that Posh’s one-time appearance netted her a £70,000 paycheck, and the episode is reportedly titled “Nice Day for a Posh Wedding.”