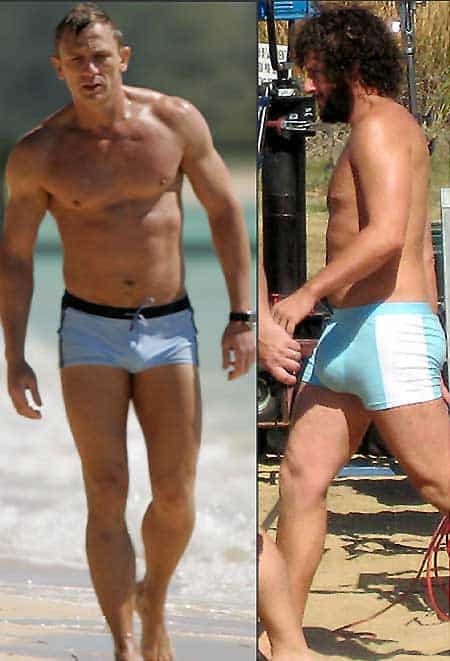 Since we already know that Adam Sandler is obsessed with male packages, it’s no surprise that his latest flick has him doing his best Daniel Craig Bond on the beach “rather proudly” with what Britain’s Daily Mail claims is a giant codpiece.

In the film, which I posted about last July, Sandler plays an Israeli secret service agent who leaves his career to become a hairdresser in New York.