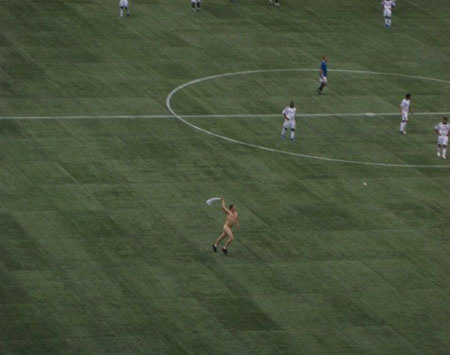 As the Vancouver Sun notes, this year David Beckham has evolved into more of a “box office attraction” than a serious football player, due to his various injuries.

Last night the L.A. Galaxy played an exhibition match against the Vancouver Whitecaps up in British Columbia and an “exhibition” match it was.

The Vancouver Sun reported that while Beckham generated much interest he was upstaged by both a marriage proposal that took place on the stadium’s big screen, as well as a very enthusiastic streaker that made his way around the stadium: 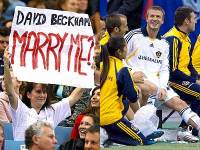 “When the English idol left in the 73rd minute, he clapped his hands above his head in appreciation of the crowd, which gave him its third-loudest ovation of the evening. A young lady named Tricia Rattie saying yes, on the JumboTron, to her boyfriend’s request to marry him, and a streaker who ran down the field in the 56th minute got bigger reactions.”

Becks was seen laughing at the incident and later told the paper: “I have seen it before. We’ve had it a few times in Europe [and] you try and run the other way.” 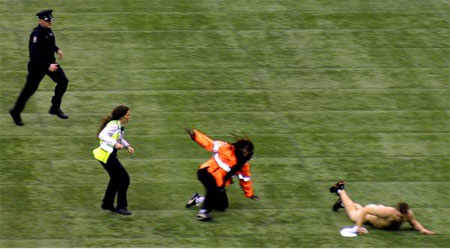