Los Angeles Lakers coach Phil Jackson said that a reprimand he received from the NBA regarding some post-game comments on Tuesday night was deserved. 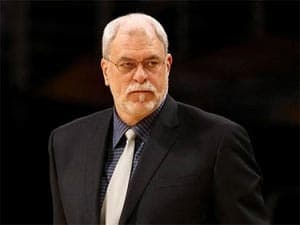 The AP reports: “The Spurs made 13 3-pointers in their 107-92 victory on Tuesday night, and Jackson was asked if too much penetration was leading to open outside shooters.”

Said Jackson: “We call this a ‘Brokeback Mountain’ game, because there’s so much penetration and kickouts. It was one of those games.”

The NBA fired off a quick response to Jackson’s remarks. Said NBA spokesman Brian McIntyre: “The remarks are in poor taste, and the Lakers have assured us such remarks will not occur in the future.”

GLAAD also issued an alert. Said President Neil Giuliano: “Phil Jackson’s been coaching long enough that he should be able to talk about the Lakers’ performance without resorting to cheap gay jokes.”

Jackson thanked certain journalists, including some gay reporters, for understanding it was an innocent joke. But he did issue an apology and admitted he understood why some found it offensive.

Said the coach: “In retrospect, it wasn’t really funny. When you take it out of context, it wasn’t funny. It was a poor attempt at humor and I deserved to be reprimanded by the NBA. If I’ve offended any horses, Texans, cowboys or gays, I apologize.”