Brian Paddick, the former deputy assistant commissioner of the Metropolitan police and Britain’s highest-ranking openly gay law enforcement official prior to his retirement, has been named the Liberal Democrat candidate for mayor in an election scheduled for May 1st of next year. He’ll face incumbent mayor Ken Livingstone of the Labour party and Boris Johnson of the Tories. 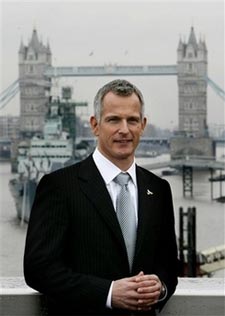 The Guardian reports: “In his first speech after being chosen, Paddick said that crime was the ‘number one priority’ of Londoners and urged them to look at his track record. ‘I am going to work with the commissioner to transform the relationship between the police and Londoners so that all but the tiny lawbreaking minority will have trust and confidence in, and be justifiably proud of their police service,’ he said. ‘The effect on crime and disorder will be dramatic.’ With all three major parties fielding well known names in next year’s poll, the stage is now set for the most high-profile mayoral election since the position was introduced in 2000, as Paddick locks horns with the controversial Livingstone and the eccentric Johnson.”

Earlier this week it was reported that Paddick’s tell-all memoir was scheduled for publication on April 7, one month before the election, and the former officer hinted at sensational revelations: “You will be very surprised by some of the things in it, I can assure you.” 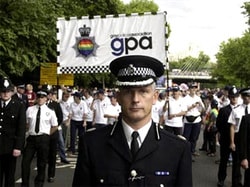 Following the London Tube bombings in July 2005, Paddick was thrust into the spotlight, and made news again after he claimed he was being made the fall guy in order to protect the job of Sir Ian Blair, the Metropolitan police commissioner, following the fatal shooting of Jean Charles de Menezes, a Brazilian electrician who was mistakenly shot to death in connection with the bombings.

Still, Paddick’s popularity sparked rumors that he was going to get involved in politics as recently as last May.

A 2003 profile in the Guardian noted Paddick’s sense of humor: “Mr Paddick is relaxed enough to laugh at himself and told a gay magazine: ‘My last staff officer got promoted and went to royalty protection. In his leaving card I wrote, ‘Same job, different Queen’.'”