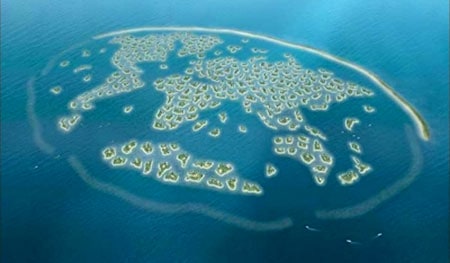 You’re probably aware of that massive land reclamation development project called The World that is being built off the coast of Dubai. Well, Brad Pitt and Angelina Jolie have reportedly plunked millions of dollars down for the island of Ethiopia. 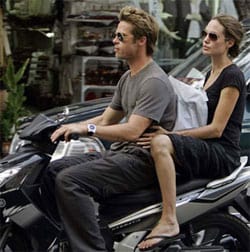 Agence France Presse reports: “The Hollywood couple intend to use the reclaimed piece of land to showcase environmental issues and encourage people to live a greener life, the Emirates Today newspaper said…Representatives of the pair in the US and other reliable sources had confirmed the purchase had gone ahead. But state-owned Nakheel, the firm behind the development called “The World”, declined to comment, the paper said. The couple’s two-year-old daughter Zahara was born in Ethiopia. Billionaire businessman Richard Branson and musician Rod Stewart are also reported to have bought plots on the development. Prices for the islands range from six million to 36 million dollars.”

Watch for an announcement from Madonna today that she has dibs on Malawi.