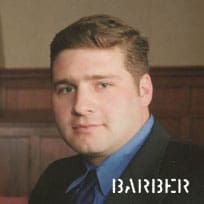 Said Concerned Woman spokesman Matt Barber to Cybercast News Service: “The military is no place for such radical San Francisco-style social experimentation, especially during a time of war. It’s been the Department of Defense’s long-standing position that to allow open homosexual behavior and other immoral conduct harms unit cohesion and troop morale. I know this to be true from personal experience,” he stated. “I served 12 years in the military. During basic training, one of my fellow recruits was sent home for soliciting sex from other male recruits. The incident was an enormous distraction from our task at hand, which was to learn how to be good soldiers. Instead, recruits were violated, complaints were filed, and our command was forced to conduct a thorough investigation. It was an incredible waste of time and resources, and it definitely harmed troop morale and unit cohesion. If the bleeding-heart lefties over at CBS News and the SLDN really want to do something to support our troops and help the military, they should abandon their attempts to radically alter and undermine the armed forces, pipe down, put a cork in it and let our brave fighting men and women win this war on terror.”

Matt Barber of The Concerned Women for America wants you to put a cork in it.