Chief Justice Ronald George told the AP on Tuesday that the same-sex marriage case currently before the California Supreme Court is taking so long because the court has received more “friend of the court” briefs “than any other case in recent memory”: 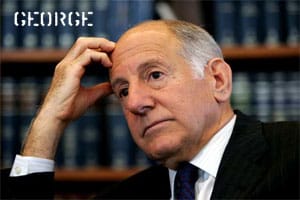 “George said the court has received 45 such briefs from 145 different organizations lobbying the state’s high court to decide the case in a variety of ways. An array of civil rights groups and several cities have filed court documents in favor of gay marriage, while politically conservative and religious organizations filed papers supporting Gov. Arnold Schwarzenegger’s position opposing gay marriage. Attorney General Jerry Brown also has filed opposition papers. ‘We have a lot of material before us,’ George said. ‘There is a vast amount of literature to read.’ The Supreme Court took up the matter in December 2006. All the required written legal arguments were filed by Nov. 15, George said.”

The case is not on the court’s January calendar, although George says the court expects to hear the case in 2008.