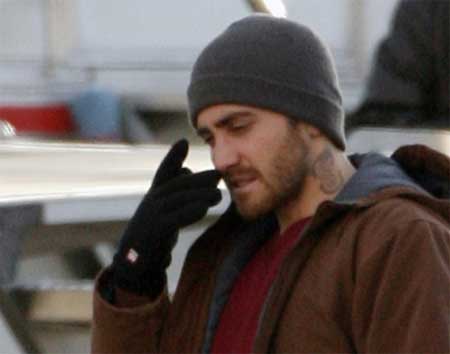 I know there’s been a dearth of Jake Gyllenhaal news lately, so here’s a bit to sate you hungry beasts. The actor was spotted on the set of his recent film Brothers with a brand new neck tattoo. I assume it’s for the film. Yesterday, I noted that Tobey Maguire (his co-star) had adopted a buzz-cut for the film, which also stars Natalie Portman and has been shooting in New Mexico.

Looks like 2008 really is turning out to be the year of the bad boys. 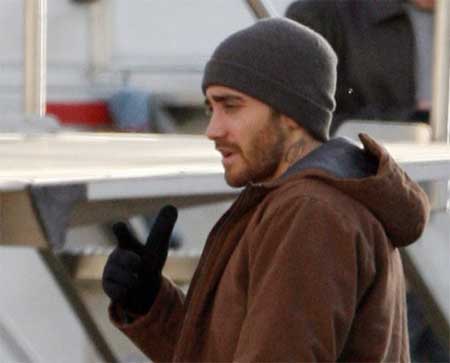