Scientists are saying that an asteroid discovered in late November, known as 2007 WD5, has a 1 in 75 chance of hitting Mars on January 30, but the odds could diminish when new calculations of its orbit are made after the first of the year:

“Scientists tracking the asteroid, currently halfway between Earth and Mars, initially put the odds of impact at 1 in 350 but increased the chances this week. Scientists expect the odds to diminish again early next month after getting new observations of the asteroid’s orbit, Chesley said. ‘We know that it’s going to fly by Mars and most likely going to miss, but there’s a possibility of an impact,’ he said. If the asteroid does smash into Mars, it will probably hit near the equator close to where the rover Opportunity has been exploring the Martian plains since 2004. The robot is not in danger because it lies outside the impact zone. Speeding at 8 miles a second, a collision would carve a hole the size of the famed Meteor Crater in Arizona (pictured).”

The AP reports that a similar-sized asteroid hit Siberia in 1908, “unleashing energy equivalent to a 15-megaton nuclear bomb and wiping out 60 million trees.” 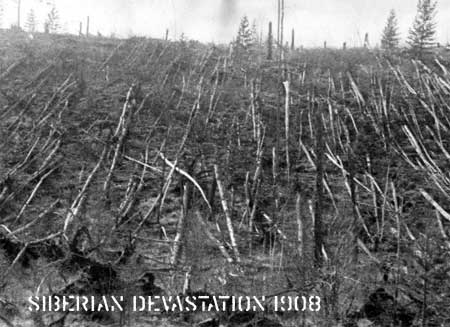 Previous Post: « Michael Urie Offers His Sense of Style and Poise to Miss America
Next Post: Jake Gyllenhaal Gets a Neck Tattoo »