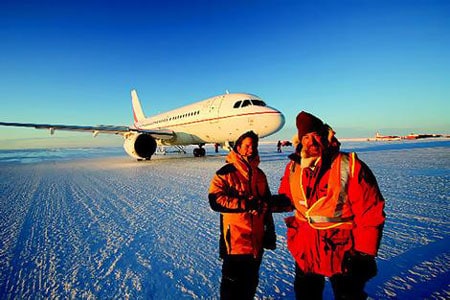 It used to be that conducting research on Antarctica required a three-week ocean voyage. But on Monday an Airbus A319 made the first trial landing on a new blue ice runway. Australian scientists are expected to take their first flight there in the coming week. Australia’s The Age reports that it took three summers for the crew—who lived in shipping containers the whole time—to carve the 2.5-mile runway into the 500-meter-thick ice. “Using laser-leveling technology, they had to grade and shave the ice to bowling-green flatness, then keep grooming it to keep it snow free.” Unfortunately, there are no plans to open the runway to commercial flights or tourists. 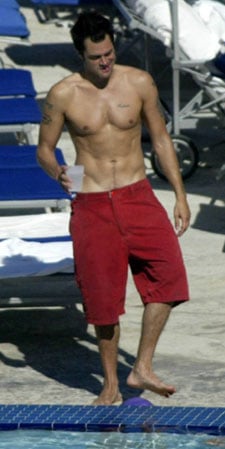 Jackass 2.5 will become the first studio-produced film to premiere online on December 19.

It’s happened to everyone, I’m sure. You finish watching Terms of Endearment for the hundredth time on TNT or TBS, select some mood-matching music on your iPod (Nick Drake, perhaps?), and then you suddenly realize your ‘pod is still on shuffle as you’re jolted out of morosity by Axel Rose’s scream, “You’re in the Jungle Baby!” Now there’s some freeware, Moody, to help you out a little. The color-based tagging utility lets you organize your iTunes by mood. Just pick one of the 16 colors (representing sad to happy, calm to intense). Then you can use those tags to create a mood-based playlist—or you can let Moody do it for you. Hint: Put Moody in “quick tag” mode to get through your playlist as quickly as possible.
(Via Lifehacker)

YouTube is expanding its Partners program, which shares ad revenue with qualified contributors. After six months of testing the program with 100 lucky YouTubers, the site is now accepting applications from everyone, as long as you meet the following criteria:
• You create original videos suitable for online streaming.
• You own the copyrights and distribution rights for all audio and video content that you upload—no exceptions.
• You regularly upload vides that are viewed by thousands of YouTube users.
• You live in the United States or Canada.
YouTube’s not saying what percentage of ad revenue you’ll get, but it’s worth checking out if you qualify. 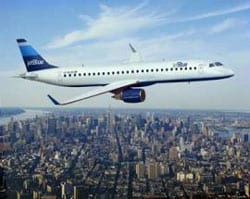 JetBlue launched BetaBlue—an airline equipped with Wi-Fi access to Yahoo Mobile and BlackBerry service—with a flight for journalists on Sunday. But CNet’s Caroline McCarthy was less than impressed. Disappointed by an immediate false-start in the service, McCarthy opted to watch an episode of Saved by the Bell on the in-flight DirecTV system. After Zack and Kelly broke up, she connected to Yahoo, but reported that Wi-Fi was spotty and, therefore, frustrating. “Like I said in my pre-flight blog,” she wrote, “planes are for sleeping.”

Check out this map before putting the Amazon Kindle on your holiday wish list. Amazon’s wireless service is dependent on the Sprint network and, as everyone knows, Sprint’s service has some gaping holes. And, to be filed under “just in case you care”: Philippe Starck called the Kindle’s design “a little sad” while speaking at a conference in Paris. See a video of his comments here. 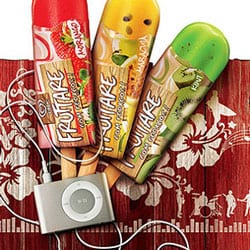 As if there weren’t already enough reasons to visit Brazil, here’s another: Ice-cream company Kibon is giving away 10,000 iPod Shuffles hidden inside 10,000 specially made “propsicles,” which are identical in size and shape a real popsicle. Why the fake-out? The humidity of ice cream could have hurt the ‘pods. Those who find themselves with the winning propsicles are prompted to call an 800 number so the company can send them earbuds, a charger, and a real popsicle.

This was featured earlier in the week in Towleroad’s Guide to the Tube, but it’s definitely worth another trip. A video from what is currently the top of the tallest building in the world—the Burj Dubai.

Check out SeatQuest the next time you’re on the hunt for a ticket to your dream concert. The site connects you to seats that are available on eBay, Buy It Now, TicketsNow, and Precise, and then provides an interactive seating map to show you where the seats are.

Orb is planning to release software called Winamp Remote that lets you listen to all of your home music collection on your iPhone—from anywhere with a Wi-Fi signal. Reports Gizmodo: “It works completely through the web browser, letting you get to your home cllection and stream it quickly and easily. You can also share songs with friends by sending them links via SMS.” Here’s how it works: