Silicon Valley gossip blog Valleywag wants to put the notion that Venture Capital is scarce of gay people to rest, letting the world know that PayPal co-founder Peter Thiel is gay. They say that his sexuality is part and parcel of his success: 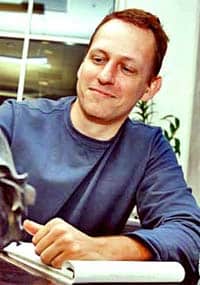 “His disdain for convention, his quest to overturn established rules. Like the immigrant Jews who created Hollywood a century ago, a gay investor has no way to fit into the old establishment. That frees him or her to build a different, hopefully better system for identifying and rewarding talented individuals, and unleashing their work on the world.”

Valleywag also discusses a widespread unspoken homophobia in Silicon Valley venture capital: “The clubby ranks of VCs are mostly straight, white and male. They instinctively prefer entrepreneurs who remind them of themselves…VCs fund so few of the companies they talk to that it’s hard to prove a case of discrimination; there are a hundred reasons why they might pass on any given startup. But gay and lesbian entrepreneurs I’ve spoken to agree it’s real. PlanetOut, the gay and lesbian portal, had to buy out Sequoia Capital, which had come to regret its investment in the company, before it found braver VCs and eventually went public. And really: How many out gay VCs do you know?”

Valleywag feels the coverage on Thiel has been unfair: “There’s been a crush of coverage on his $220 million Founders Fund, which may well change the way entrepreneurs get paid in the Valley. We know about his mansion (he rents it — clever!), his butler, his early-morning jogs.” So they say “what no one ever says out loud.” Whether he likes it or not.