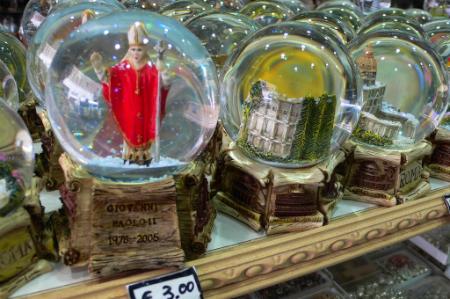 Cardinal Cormac Murphy-O’Connor, England and Wales’ Roman Catholic Spiritual leader, followed the lead of his superior in the Vatican, whose peace message for New Year’s I wrote about in mid-December. In that speech, which Pope Benedict gave as promised on New Year’s Day, the Pope ranked same-sex marriage with nuclear arms proliferation, environmental pollution, economic inequality, abortion, and birth control as threats to world peace. 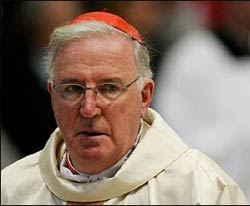 Murphy O’Connor did the same, according to Ekklesia:

“He claimed that most parents did not want their children to be taught that marriage was nothing more than ‘one lifestyle choice among many’, urged parents to bring God into their homes, and said the ‘traditional family’ remained central to the well-being of society but was being dangerously eroded. Society was slowly waking up to the dangers of climate change and pollution for the planet, said the Cardinal, but seemed largely oblivious to the destruction of the family. His remarks will be criticised by those who will see them as, in part, a thinly-veiled assault on equality legislation for homosexuals and others, which the Church has rigorously opposed in 2007, claiming that they undermine marriage – a contention rejected as simplistic and one-sided by many others, Christian and otherwise.”