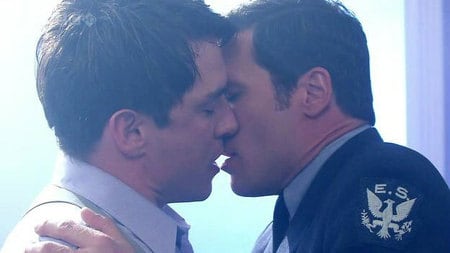 In an excerpt from his forthcoming memoirs, Torchwood star John Barrowman says that he came out to his parents in 1992 because he was afraid he had been infected with HIV and needed to get tested.

Said Barrowman: “I realised for sure I was gay when I was 13. Although I’d really known in my gut since the age of nine, when I’d seen my first girl magazine and been more interested in the male bits than the female bobs. When the time came to tell people, I flew home to see my family. It was 1992 and I was playing Raoul in The Phantom of the Opera in London. I was ill and had a low grade fever and stomach cramps. I’d been sexually active and I feared the worst. My parents and I sat at the table and I said: ‘I’m gay and I need an HIV test.’ That night we went out to dinner and they both admitted that my news hadn’t been a revelation. The next day, I had an HIV test. While I waited for the news, I travelled to Milwaukee to visit Carole and her husband Kevin. I explained I was home because I was sick. I told them I was having some tests. I also phoned my brother, and his response was: ‘It doesn’t change anything.’ Ultimately, the test came back negative. I did, however, have a gastric infection and a chest infection. I called Carole and told her what the test had really been for and she just said: ‘Ho hum, and what else is new?’ It seemed my family knew I was gay – so much for my bombshell news.”