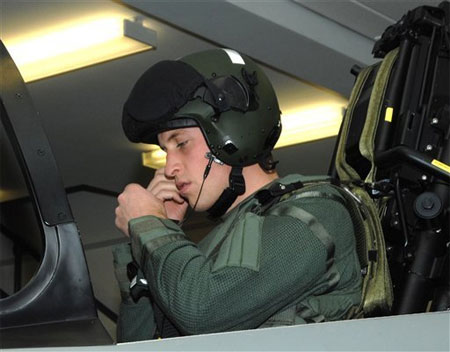 He’ll begin a four-month assignment next week with the RAF which will include flying lessons and will be known as Flying Officer William Wales.

Said Group Captain Nick Seward: “During his time with us, Flying Officer Wales will be realizing a personal ambition to learn how to fly and this will be the beginning of a lifelong relationship with the Royal Air Force. If successful, he will be awarded his RAF wings, and in anticipation of this a graduation ceremony is planned for April.”

The lessons, however, appear to be a vanity exercise rather than an operational one, and have been criticized by anti-monarchist groups.

One more William RAF shot, AFTER THE JUMP… 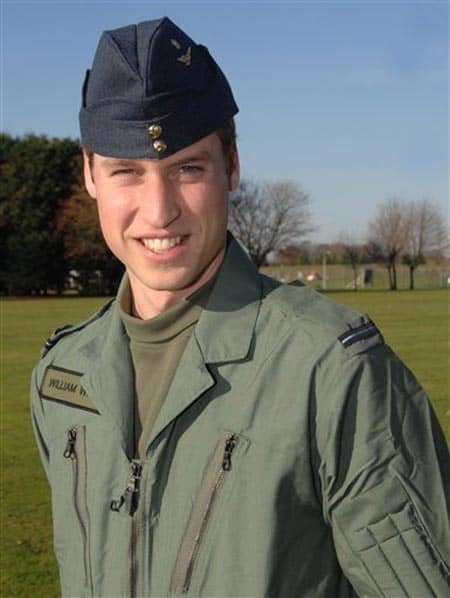 Previous Post: « University of Michigan Offers Course on How to be Gay
Next Post: Bill O’Reilly vs. Barack Obama: Part Two »