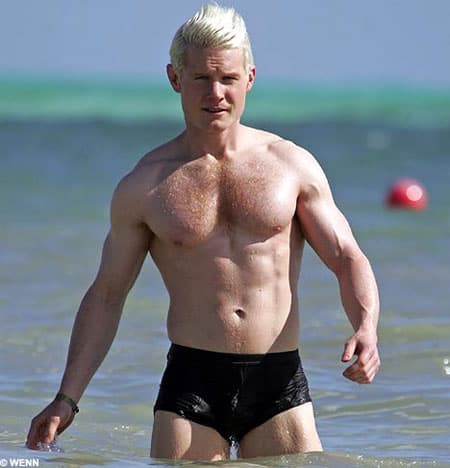 The Daily Mail reports: “The Welsh singer, 24, is taking a well-earned rest after spending the latter half of 2007 rehearing for and starring in the ITV talent show. Despite his shock loss to Scottish teen Leon Jackson last month, Rhydian has just signed a £1million record deal with Simon Cowell’s record label Sony BMG. After spending Christmas at home in Sennybridge, Wales, Rhydian flew out to Mexico for a family holiday with his parents Malcolm and Angel, uncle Nigel and aunt Maxine. Despite his platinum blond-dyed hair, Rhydian couldn’t hide his redhead roots due to his orange chest hair. Rhydian is set for a busy 2008 – he is reuniting with his fellow talent show contestants for The X Factor live tour, before heading into the studio to record his debut album.”

One more, AFTER THE JUMP… 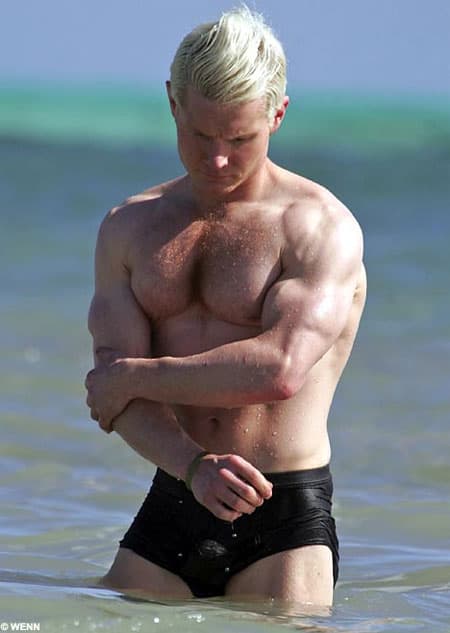 You may have missed…
Rhydian X-ed Out of X-Factor Win by Leon/Kylie Duet [tr]
X-Factor’s Rhydian: I’m Not Gay, But I am a Virgin [tr]
Rhydian the Rugby Player [tr]