Rugby player Ben Cohen gave a short interview to Outsports and says he doubts there would be opposition in the sport to a gay player: 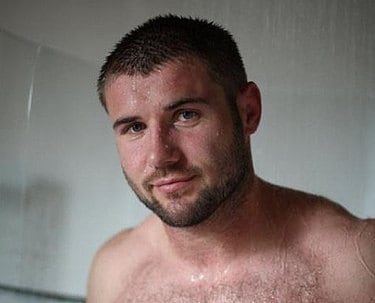 “My impression is that it would be fine to be able to ‘come out’ in rugby. Most rugby players are cool about it and think that people should be allowed to live their lives how they want to, but I can’t speak for everyone. The key thing is the individual needs to be able to take the pressure of top-level rugby and the knowledge that his teammates know he is gay. I don’t know for sure, but my feelings are that if he were completely open about it, after the first bit of banter, things would calm down. We all take banter all the time about different things. It’s a bloke thing, isn’t it? Would there be opposition? This is the 21st century. Or would [the question] be where would the most interest come from? The media I would suggest. The players and fans would be more interested in his standard of playing I would suggest….One of my aunties is a lesbian and lives with a female partner. We are all laid back about it because it has always been the same. I grew up in an open-minded environment because my Dad worked in the nightclub industry, so it has never been much of a shock to meet up with a gay guy. I am more interested in the personality of the person than what their sexuality is, and whether we can have a good conversation. I like a good chat.”

Cohen also admits to being “gobsmacked” at knocking David Beckham off the top of a list of ‘gay icons’ in the Sunday Times.

Previous Post: « California Democratic Representative Tom Lantos Dies at 80
Next Post: Jawbone: Technology We Can Get Behind »