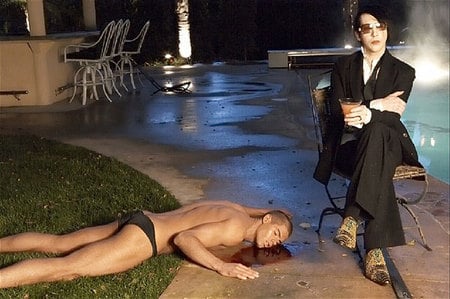 In these shots, which are part of a series that recently began running on the homepage of photographer Steven Klein’s site, Marilyn Manson enjoys what looks like a seabreeze cocktail while sitting over the bleeding corpse of Chad White. 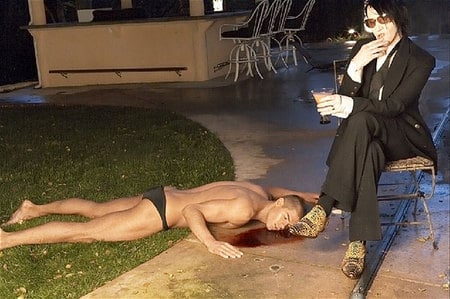 A shot of Manson earlier in the day, with revolver still in hand, AFTER THE JUMP… 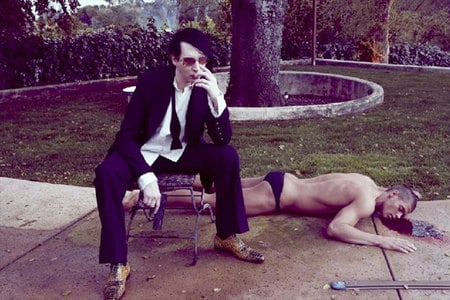 (via think in english, count in chinese, who notes that they’re likely the continuation of an earlier series of photos Klein shot for L’Uomo Vogue in 2006.)