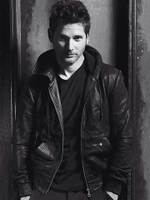 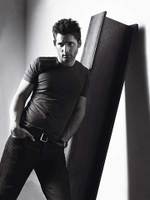 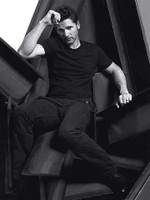 Eric Bana, starring in this month’s The Other Boleyn Girl, takes a spot on the March issue of GQ. He talks to the magazine about his various roles and his stand-up background and his work on the Australian sketch show Full Frontal, on which he performed a parody of Tom Cruise that he says he’s sure Cruise hasn’t seen (probably because he hasn’t been on the receiving end of a lawsuit): 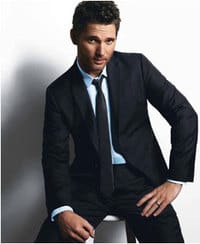 “Bana also does two excellent celebrity impressions, of Tom Cruise and Arnold Schwarzenegger, and in some of his funniest work separately interviews them in the guise of a third character, a real-life Aussie TV personality named Ray Martin. In the most provocative sketch of the entire series, Bana-as-Cruise chokes up while discussing his love for his kids, at which Bana-as-Martin comfortingly clasps the star’s hands. Startled, Cruise gazes at Martin. Then both men lean forward into a passionate kiss. ‘I’m sure Tom hasn’t seen it,’ Bana says uneasily when I bring up the sketch. He downplays what the sketch suggests about Cruise’s sexuality. Ray Martin, he says, is a notorious sycophant, and ‘I wanted to get to the side of him being so in love with the person he’s interviewing that he wants to pash them.’ Maybe so, but I think Bana’s being a bit disingenuous here. Watch the sketch for yourself on YouTube and tell me it’s not Cruise who initiates the pash.”

I’ve posted the clip below: 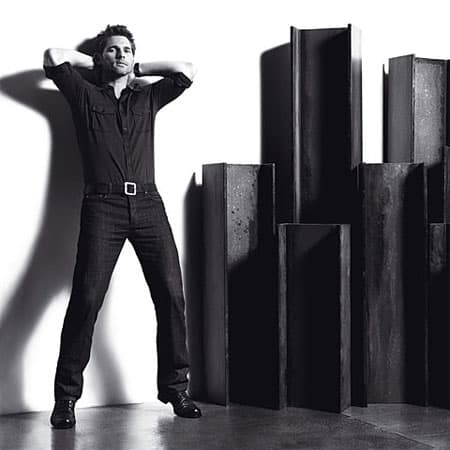 WILL THE REAL ERIC BANA PLEASE STAND UP? [gq]

Previously
Eric Bana the Subject of a Royal Catfight [tr]