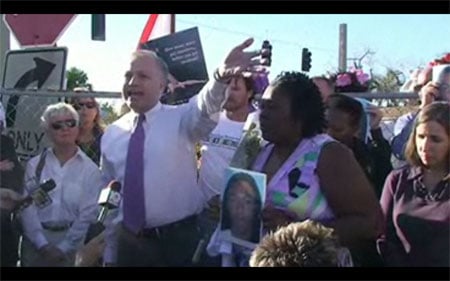 A vigil was held late yesterday afternoon on Sistrunk Boulevard in Fort Lauderdale at the site where 17-year-old Simmie Williams was gunned down, just one of two potential hate crimes that occurred in that area last week. The other, of course, was the beating of Melbourne Brunner outside the Floridian restaurant on Las Olas Boulevard. 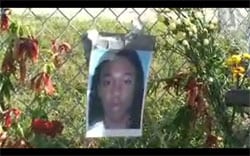 The Sun-Sentinel reports: “They gathered for about an hour on a grassy patch behind the chain link fence where Simmie Williams Jr. was found shot Feb. 22. A pile of teddy bears, flowers and purple votive candles lined the cracked sidewalk, while the state flag and a rainbow flag flapped above in the wind. Amid the group of community leaders, Williams’ mom, Denise King, stood silently with a picture of her son in one hand and a bouquet of flowers in the other. A tear ran down her right cheek as activists began to speak.” 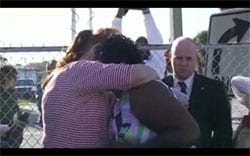 The paper reports that a group of approximately 120 gathered after the vigil at the Gay and Lesbian Community Center in Fort Lauderdale to discuss the recent violence: “The crowd contributed more than $3,500 to help pay for Williams’ funeral. Paul Rubenstein, executive director of a Fort Lauderdale oncology office, also contributed $4,000 to add to the already-growing Crime Stoppers reward for information leading to an arrest…”

Mayor Jim Naugle, who many blame for engendering an atmosphere of hate toward gay people in that city because of remarks he made last Summer, told the Sun-Sentinel that he stands by the remarks: “The comments were responsible and supported by residents in the city. The city and the police department, we’re going to do everything we can to solve the two (recent) crimes.”

AFTER THE JUMP, a video, via Joe.My.God of Matt Foreman speaking briefly about the vigil.