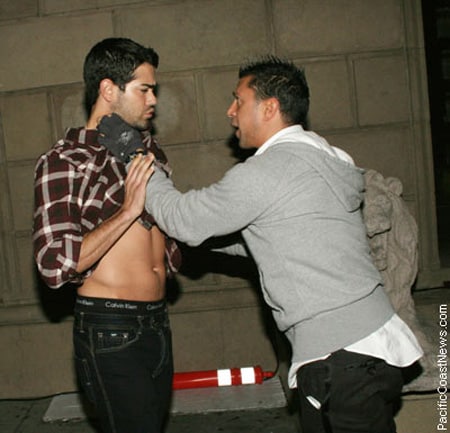 Jesse Metcalfe had an altercation with the boyfriend of actress Taryn Manning outside the L.A. Club Boulevard 3 last night that eventually sent him tumbling to the ground as a result of a fist to the right jaw. Metcalfe did manage, however, to show off his best assets in the process. More shots a Page Six. Clip at TMZ.

Yes, young Hollywood is all about fighting. 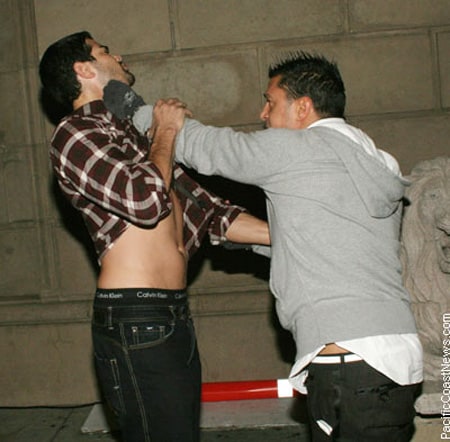 This is Probably Not How He Wanted to Start His Night [page six]
Jesse Metcalfe Knocked the Hell Out!! [tmz]