A bunch of updates on the Lawrence King shooting for you here. Hundreds of parents asking for answers attended a meeting at an Oxnard, California campus regarding the shooting last week of 15-year-old Lawrence King, shot in the back of the head in a classroom by a fellow student, allegedly because he was gay: 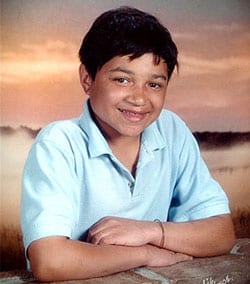 “In orderly fashion, one parent after another asked for metal detectors on campus, more programs dealing with bullying and for stricter enforcement of the district’s uniform policy. ‘There were probably weeks of this student being subjected to harassment,’ said Joe Gonzales, parent of a student at E.O. Green Junior High in Oxnard, where King was killed Feb. 12. ‘We need to know what was done, or not done, so we can prevent something like this from happening again instead of reacting to it.’ Details about events the days before the shooting also trickled out as a panel that included school officials, mental health counselors and Oxnard Police Chief John Crombach responded to questions. One parent said her daughter told her that several students exchanged text messages the day before the shooting that talked about what the suspect planned to do. Crombach acknowledged that several students told police they heard about ‘comments, statements and threats’ that were made but that they didn’t take the chatter seriously and that there was no evidence that it was reported to school officials. King’s classmates said he had proclaimed himself gay in recent weeks and began wearing feminine accessories with his school uniform. The boy endured frequent taunting but appeared to be holding his own, students said, refusing to change his appearance.”

One of three 911 tapes has been released. 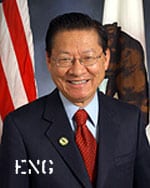 Assemblyman Mike Eng (D-Monterey Park), chairman of the Assembly Select Committee on Hate Crimes, this week announced plans, in response to the King shooting, to introduce a bill expanding diversity education in California schools: “‘My bill is focusing on [hate crime] prevention,’ Eng said after a news conference at his El Monte district office. ‘We already have bills on the books about proper punishment; mine will focus on dealing with hatred in a school setting.’ Eng hopes to create a pilot program by allocating up to $150,000 to establish a diversity and sensitivity curriculum at a few school districts. The pilot program would serve as a model to be used to develop lesson plans statewide.”

Sara Whitman notes in the Huffington Post: “In my LGBT community, we argue about who is more pro LGBT rights, Obama or Clinton. It’s been days since Lawrence King was shot dead. Neither candidate has issued a statement or said a word. The national media has done a complete pass on the story. Both candidates make me sick…Don’t worry. I get the message, loud and clear. Just one more dead faggot.” 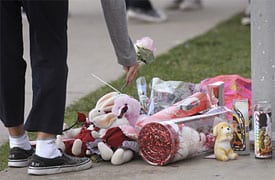 Following the King shooting, Time magazine published this classless story on King and bullying in public schools that sounds as though it was written by some fundie from Focus on the Family. It claims that gay groups are exaggerating the amount of bullying made against kids because of their sexual orientation in order to make the situation sound more dire and drum up the need for legislation.

Quote: “Still, it’s hard to look at the photo of King’s fragile little face and not want to do something.”

Read it and fume.

The L.A. Times ntoes that at least a dozen vigils and memorials are scheduled around the country for King this week. you can find a list of them at GLSEN. The page where they are listed is currently down, but it may be up later.

There’s one taking place in West Hollywood tonight at 7 pm. There’s also one on Friday in Kansas City.

For all our coverage of the Lawrence King murder, click here.