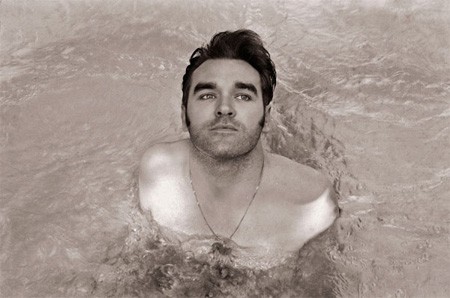 Morrissey’s Greatest Hits, set to be released in the UK on February 11th, contain an interesting piece of art in the sleevenotes – a photograph of his back end. The photo is credited to Morrissey’s companion/PA in the mid-90’s, Jake Walters, and features the singer’s bare behind inscribed with the words “Your Arse An’ All” — a play, of course, on Morrissey’s 1992 album Your Arsenal.

Music magazine Mojo writes: “Morrissey’s buttocks – curiously hairless in comparison to what’s ‘going on’ above and below – appear to be of a mid-’90s vintage…The standard of calligraphy is impressive, but the office is agreed that we wouldn’t have enjoyed doing the apostrophe.”

See the shot AFTER THE JUMP (warning NSFW)

In other Moz news, he’s been proclaiming his support of Barack Obama in concert, wearing a T-shirt created by a fan featuring his face beside the Democratic candidate’s. 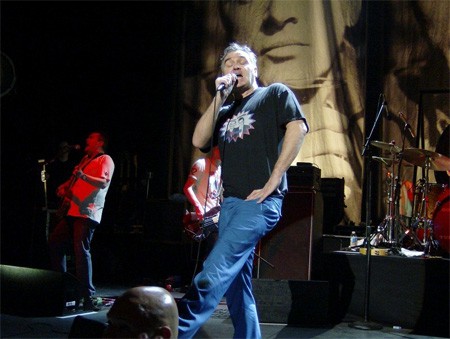 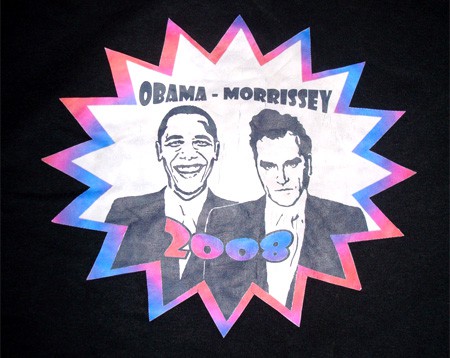 Check for the (NSFW) Arse shot AFTER THE JUMP… 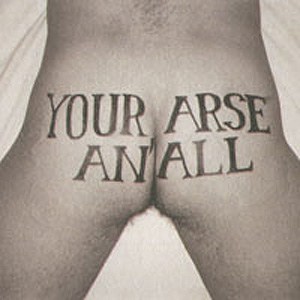 You may have missed…
Morrissey Defends Himself, Explains How NME Manipulated Story [tr]
Morrissey to Sue NME for Failing to Clarify Immigration Remarks [tr]
Morrissey Turns Down $75 Million Offer to Reunite The Smiths [tr]