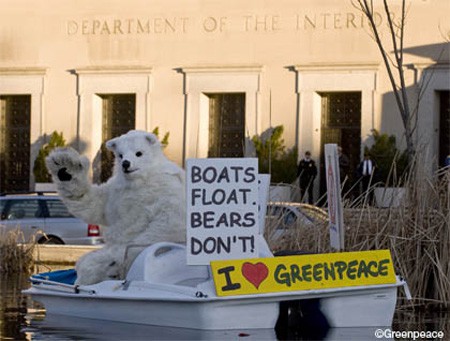 A Greenpeace activist was arrested last week after peacefully protesting the Bush administration’s delay in issuing a final Endangered Species Act listing for polar bears due to global warming. He floated around in a rowboat in front of the Department of the Interior for a while before police came and took him away. 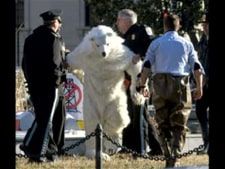 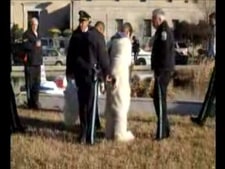 (via BoingBoing, who have some info on the provenance of the white suit)

You may have missed…
Leonardo DiCaprio Working with Icebergs Again [tr]