The Senate Ethics Committee released a ‘Public Letter of Admonition’ today to Idaho Senator Larry Craig with regard to Craig’s conduct following his arrest last June in a men’s room at the Minneapolis airport. 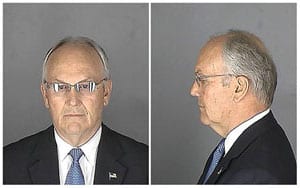 The letter scolds Craig for his statement to the arresting officer regarding his position in the Senate (Craig told asked the arresting officer, “What do you think about that?”) and also for his attempt to withdraw his guilty plea, about which it says this: “Your claims to the court, through counsel, to the effect that your guilty plea resulted from improper pressure or coercion, or that you did not, as a legal matter, know what you were doing when you pled guilty, do not appear credible.”

Talking Points Memo has the letter.