A bill proposed by state Rep. Stacey Campfield that would have prohibited any discussion of homosexuality in elementary middle schools today was killed when a motion that the bill be sent to the State Department of Education was approved by a voice vote. 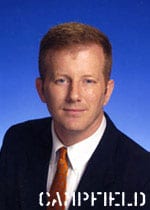 The Knoxville News reports: “Campfield said the ban is needed to leave parents in charge of what their children learn about sexuality. The legislators has heard reports from parents of homosexuality discussions being conducted in schools – one in Knox County and one in Sevier County – though he declined to name them, saying the reports were not verified.”

Before the vote occurred, several speakers representing the Tennessee Education Association, the American Civil Liberties Union and the state Department of Education spoke out against it:

“Basically, they said it is not needed and puts the Legislature in the business of dictating school curriculum – decisions best left to the State Board of Education. Hedy Weinberg of the ACLU also said the measure ‘a clear attack on one community, the lesbian and gay community.'”