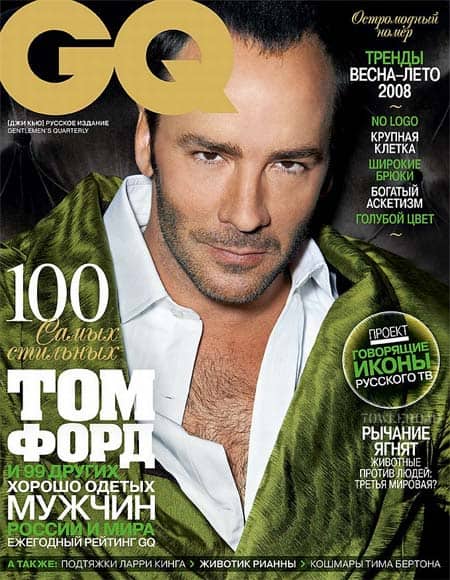 Russia is treated to the brooding gaze and meticulously groomed body hair of Tom Ford courtesy of the March issue of GQ Russia. Catch a rare glimpse of his hirsuteness wearing color.

In other news from the towel-snapping would-be film director, his menswear collection went on sale in the UK for the first time at Harrod’s in London this week, and Erykah Badu has been named as the face of his new fragrance.