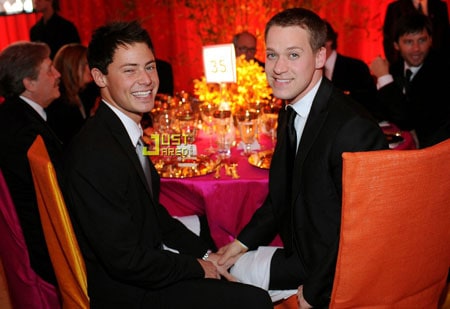 T.R. Knight showed off his new boyfriend at Elton John’s Oscar party, Just Jared reports. Both were beaming for the camera.

These two seem like a happy pair. Best of luck to them.