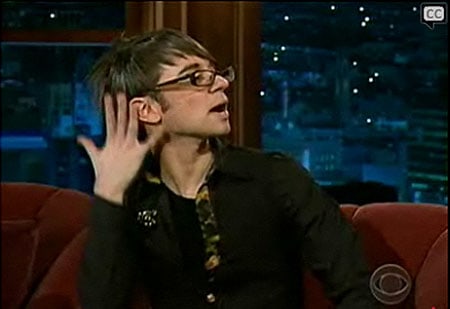 Project Runway winner Christian Siriano appeared on The Late Late Show with Craig Ferguson Wednesday night, and sounded the death knell for his trademark “fierce”. He has a new word, however.

FERGUSON: You’ve been saying fierce a lot. I’ve got to talk to you about that.

SIRIANO: It’s kind of time. It’s going. My new one is ‘expired‘. And, I mean (looks at Ferguson’s suit) sometimes the pinstripes just a little expired.

FERGUSON: Can I suggest a word?

Watch the entire clip, AFTER THE JUMP…