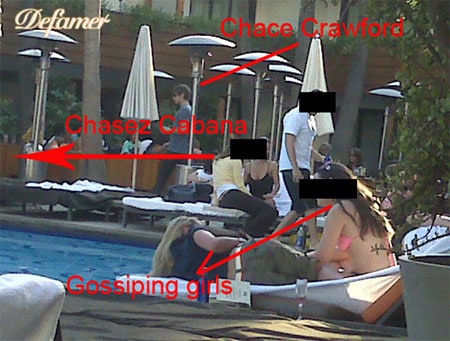 Inseparable twosome JC Chasez and Chace Crawford were apparently causing a scene poolside at Hollywood’s Roosevelt Hotel over the weekend, according to this handy diagram provided by Defamer. 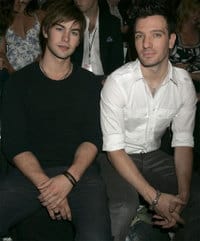 Defamer writes: “Before jumping to conclusions about what it means for two handsome young men to share a poolside cabana with some of their best bros, and all the mutual lotion-application that implies, we’d caution instead that nothing in this scenario should necessarily arouse any further suspicions.”

With Gossip Girl reportedly about to out a major character, the real-life intrigue of one of its male stars seems to be the thread Hollywood watchers are following.

Now Westwick’s supposedly gay? That’s certainly a new one. TMZ grilled Crawford over the weekend on the rumors about he and Chasez, but didn’t get much of a response. Co-star Leighton Meester said of the twosome: “I can say with absolute certainty that’s not true.”

Of course, what’s to be expected when you star on a show that centers around a blog and its gossip? As Defamer notes, “This could be the most ambitious viral marketing campaign in network history!”