A draft gay rights bill is to be considered by the Cuban government in June, Mexican media is reporting:

“The media said citing Mariela Castro, the director of the governmental National Centre for Sex Education (CENESEX): ‘a relevant resolution will be signed in the nearest future by the Ministry of Health, which will determine the procedure for such surgery.’ 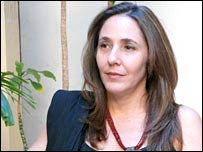 Mariela, who is president Raul Castro’s daughter, also spoke recently with the BBC:

“A lot of homosexual couples asked me to not risk delaying getting the law passed by insisting on the word marriage. In Cuba marriage is not as important as the family and at least this way we can guarantee the personal and inheritance rights of homosexuals and transsexuals. I’ve seen changes in my father since I was a child. I saw him as macho and homophobic. But as I have grown and changed as a person, so I have seen him change…In the early years of the revolution much of the world was homophobic. It was the same here in Cuba and led to acts which I consider unjust. What I see now is that both Cuban society and the government have realised that these were mistakes. There is also the desire to take initiatives which would prevent such things happening again.”